Back to all posts

Sacred Harmony In The Studio 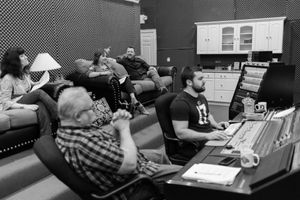 Nashville, TN (August, 2016) Sacred Harmony was back in the studio in Nashville, wrapping up vocals on their much anticipated new project that will be released in the fall of 2016. The album is sure to be a favorite of Gospel music fans. "There is something for everyone on this album. We found some incredible songs with messages that we believe will touch lives," stated Brian Scott. The album is being produced by Gospel music icon Les Butler and the list of musicians is a "who's who" of Nashville's best players. Keep watching as more details are released soon.